The Making Of Colour

The Making Of Colour

In a colourful world

While the morphological variation was important in the creation of koi as they are today, the expression of color is certainly central to defining koi as ornamental. It is true to say that without colour koi would never have developed. Skin pigment cells produce the various colors. Erythrophores and xanthophores contain carotenoid pigments and produce various shades of red or yellow. Melanophores are black and contain melanin.

In addition, further hues like green and light blue are formed due to the superposition of pigment cells in the skin. 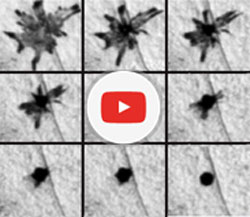 Figure 1. A single zebrafish melanophore imaged by time-lapse photography during pigment aggregation. Because black pigment cells are connected to the central nervous system  they can react to the environment sensed by the fish. Click this image to see how the pigment cells of a tilapia respond to a drop of adrenalin, simulating fight-or-flight response, thus causing stress in the fish which in turn triggers the pigment aggregation.

Leucophores contain granules of guanine resulting in a white appearance. Iridophores contain iridescent plate-like crystals of guanine resulting in a shining, metallic appearance of the skin also known as hikari.  In combination with yellow, the effect can be golden (e.g. Ogon) and with white it could be silver like Purachina.  Platelets of guanine form in the scale structure a radiant, reflecting surface known as ginrin in the scale structure. On a red or yellow background there is a golden reflection and when overlaying black, blue or white, silver is reflected.  This is where the kinginrin designation comes from: gold-silver-scale. 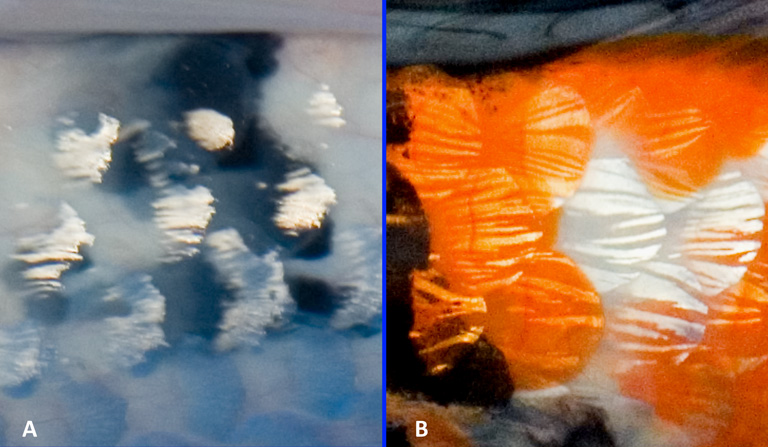 Figure 2.  Iridophores appear as different types of ginrin, eg.  A. Beta-gin, also called Niigata ginrin is more lumpy and dull; B. Dia-gin or Hiroshima ginrin has larger crystal platelets reflective in many angles and is very popular. Notice how the colour changes depending on the underlying ground colour. (Photos copyright © S de Kock)

Cyanophores contain a blue pigment of unknown chemical composition. The melanochlories and cyanophores pigments are stored in fibrous organelles that can open or contract under control of the central nervous system. Chromatosomes are derived from the neural crest and migrate to their positions during ontology (development) of the embryo. The melanophores and cyanophores follow the internal route while the other future pigment cells migrate alone to the outer layers of the dermis. This could be the reason why red, yellow and white appeared to be overlaying black and blue initially. 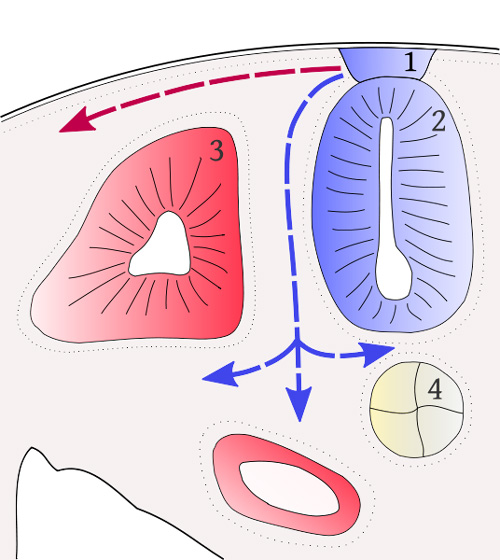 Figure 3.  Cross-section scheme of developing vertebrate embryo. Both paths of the neural crest colour cells migration are marked by arrows: red for erythrophores, xanthophores and leucophores along the skin of the embryo, while in blue, melanophores and cyanophores migrating much deeper in the animal. (1 – neural crest, 2 – neural tube, 3 – dorsal somite, 4 – notochord.)

(to be continued sometime)

By Original: Chiswick ChapVectorisation: CheChe - This file was derived from Melanophores with dispersed or aggregated melanosomes.jpg:, CC BY-SA 4.0, https://commons.wikimedia.org/w/index.php?curid=55595437